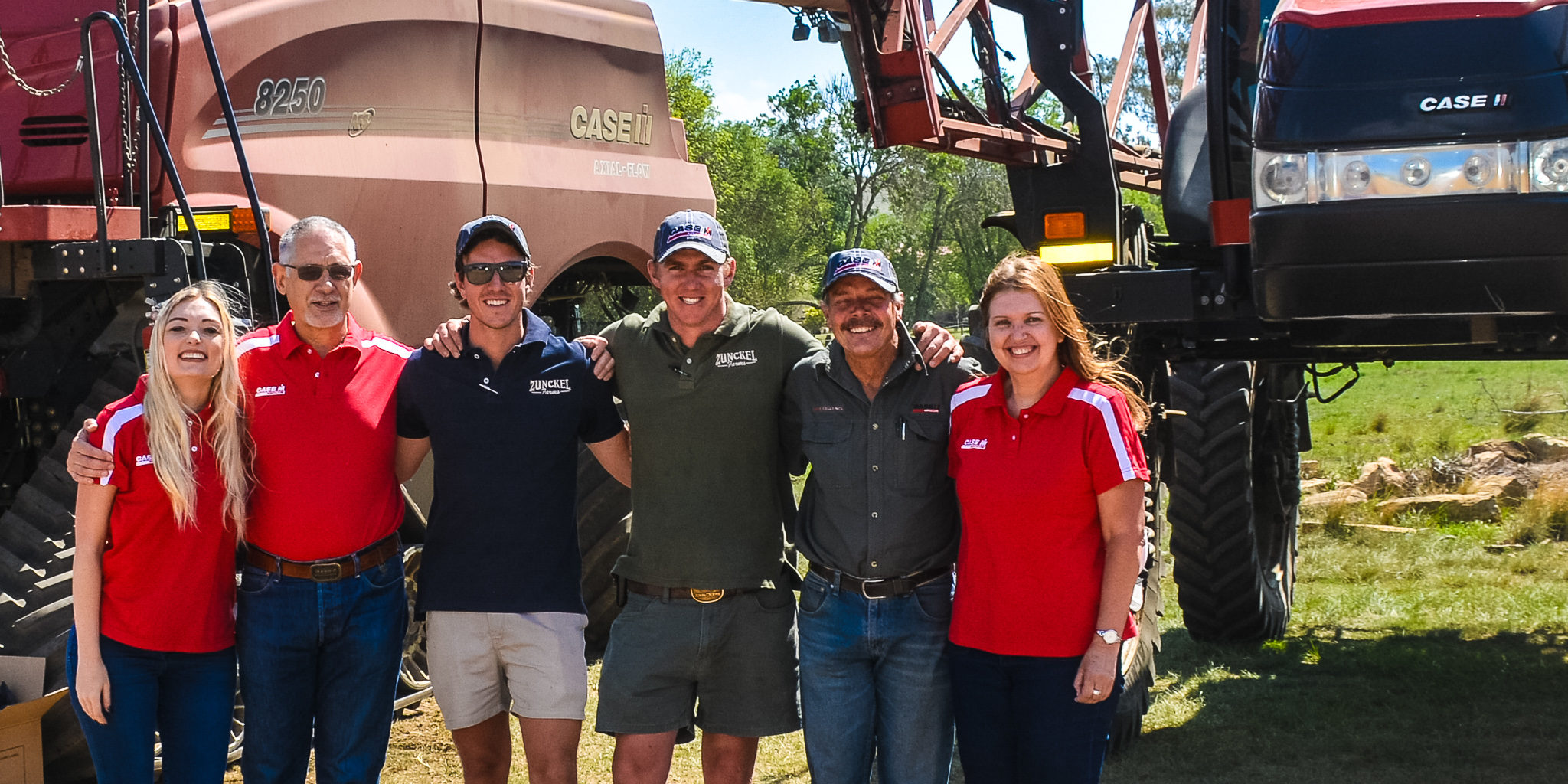 The Northmec media team recently had the privilege of visiting Zunckel Farms situated in Bergville, KZN. The team took the time to talk to Tyson Zunckel, son of Egon Zunckel and brother of Carl Zunckel, about the successful farming enterprise that they are running today as well as their interest in Northmec’s CASE IH equipment. The trio predominantly farms with maize and soya in the summertime and wheat in the wintertime. The Zunckel trio also has a farm near Warden, Free State.

Zunckel Farms has been around for many generations, dating back to 1845.

Egon Zunckel inherited the family business from his father, and is known today as one of the leading figures in the country, initially for his no-till practices and currently for his conservation agriculture approach.

Although the Zunckel trio runs an extremely successful farming enterprise today, it did not come without its challenges. In the mid-1980s, Egon Zunckel’s father nearly lost their farm in Bergville, and had to rebuild everything from the ground up. Today the situation is very different and Zunckel Farms is thriving.

Tyson mentioned that growing up on a farm and seeing his father’s passion for farming, instilled the same passion in both him and his brother from a very young age. Tyson greatly contributes their interest in farming, to their father, due to his hands-on approach with his sons and allowing them to take part in farming activities from a young age. As mentioned by Tyson, “We as laaities learnt how to drive an old CASE IH tractor”. This is where their interest and love for the CASE IH brand started.

When Tyson and his brother finished school, they had a dream to go to America and pursue contract harvesting. It is in America where the Zunckel brothers spent a lot of time working with the CASE IH brand which increased their passion for farming and the CASE IH brand even more.  According to Tyson, the advanced standard of the technology and the extreme user-friendliness that CASE IH has to offer, made the brand an obvious choice for their farm moving forward.

Tyson, together with his father and brother, operates the machines themselves and has assistance from their farm manager, Mark Stewart.

Due to the ever-increasing popularity and influence that social media platforms have on consumers; many farmers now use the platforms to showcase their busy lives and educate consumers on what they do and how they produce food commodities. Farmers are able to discuss the good and the bad of the agriculture industry, showing that agriculture is hard work and educating consumers on where the food on their tables come from.

According to Tyson, he wants to inspire the youth and evoke a passion for the job through his social media efforts and essentially “bring country life to the city”. Through his social media activities, he wants to educate the youth of today and show them the blood, sweat and tears that farmers invest into putting food on the table for the whole of South Africa. Tyson has a vast following on his Instagram account, ranging from young aspiring farmers, school kids and varsity boys, most of whom are also interested in agriculture. He would like to inspire them to follow their dreams and also become successful farmers themselves.

Instagram and other social media channels have created a sense of community amongst farmers and have helped to develop and share farming techniques amongst farmers.

The Northmec team feels honored to have had the opportunity to gain so much insight from inspiring farmers such as the Zunckels and it is an honor to have them as dedicated ambassadors of Northmec’s CASE IH brand.

We wish Zunckel Farms all the success for many more generations to come!

Take advantage of new technology with the latest in spray control systems
June 24, 2022