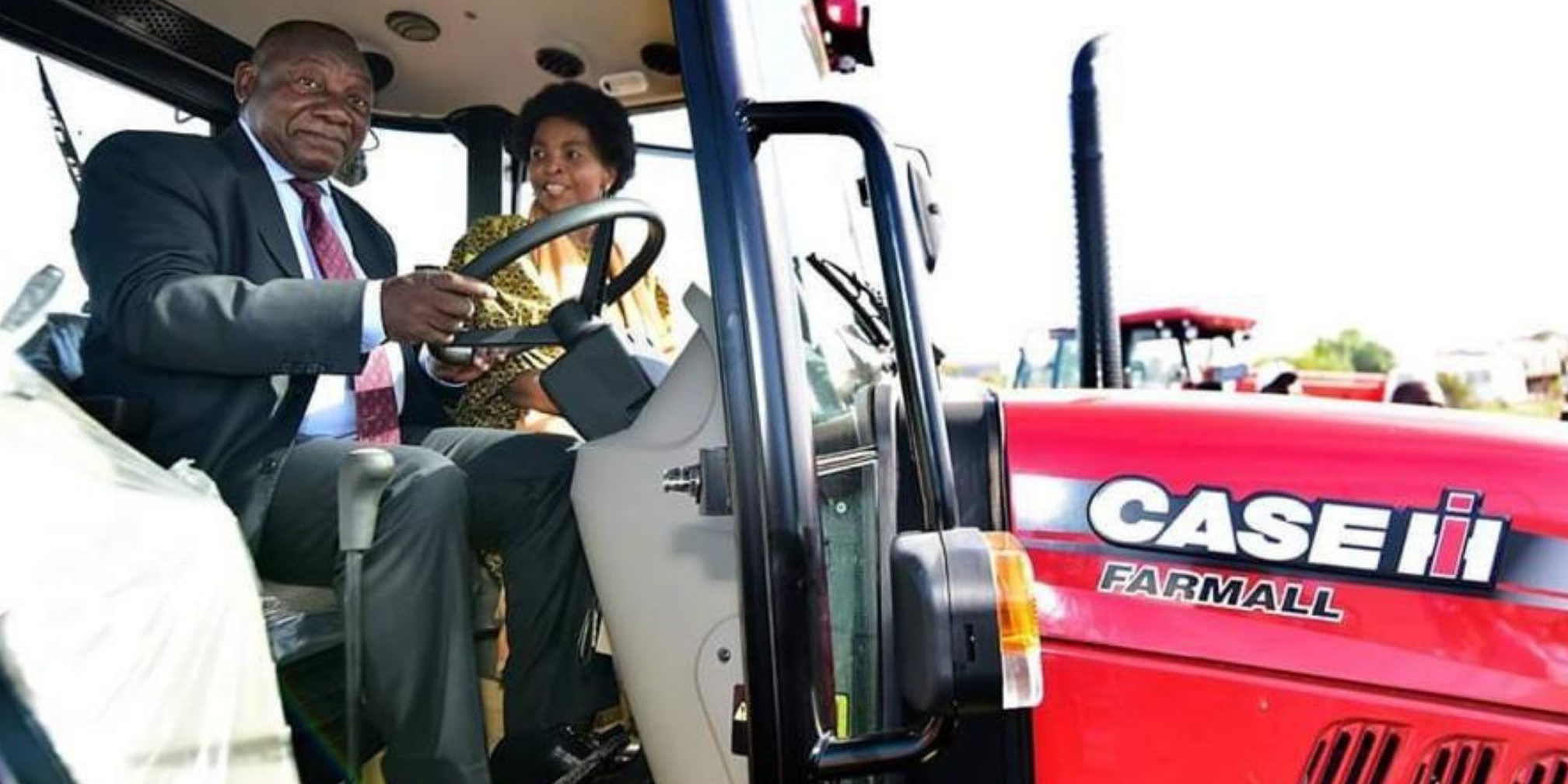 South African Case IH distributor Northmec has handed over the latest in a series of farm equipment orders from the country’s government, with Cyril Ramaphosa, South Africa’s president, in attendance at an event to mark the delivery of eight tractors to the Ebenhaeser community.

At the event, which saw the handover of models ranging from the popular JX75T and JX95 to Farmall 110 machines, Mr Ramaphosa underlined in a speech the need to ensure land was used as productively as possible. The fleet purchase was instigated as part of the South African government’s land reform initiative to empower individuals to farm in their own right. Under this programme, Northmec has previously supplied a number of Case IH machines to the area’s farmers, including JXT, JX, Maxxum and Puma tractors, and 5140 Axial-Flow combines.

The Department of Agriculture also recently purchased a fleet of 50 Case IH tractors which was delivered to the Suikerbosrand and Roodeplaat community, covering some of the most popular ranges in the marque’s product line-up for South Africa. Spanning JXT models to Farmall JX machines, it includes eight of the 45hp JX45T tractors, 27 of the 95hp JX95 Straddle machines and 15 of the 110hp JX100 models. The handover of the new tractors was conducted by Marc Davids, Mauritz van der Heever and Jacques Du Plessis of Northmec.

Alongside the new tractors, Northmec has also supplied a number of implements suited to the power of the individual models, enabling farmer buyers to be able to invest in a package of tractor plus matching equipment to perform a complete range of farming tasks.

Take advantage of new technology with the latest in spray control systems
June 24, 2022